Canberra is the capital of Australia, even Sydney and Melbourne are much bigger. It is situated halfway between these cities and I was told, that Canberra became the capital because the Australian could not make up which of the two named should become the capital.

I arrived by a Greyhound bus at 6am in Canberra. Even it was very early, I was looking for the hostel, the YHA Canberra City. I found it quite easily and asked there for storing my backpack until I could check in and I was allowed. The hostel also has a cafe, where I ate breakfast. Furthermore I stayed at the hostel for a while, using Google to see, what to do in Canberra as well as contacting the host from Swifts Creek (Rowena), where I should have been before, but she was sick and in the hospital in Canberra. She answered me, that I am welcome from 6pm, because she meanwhile was back home, but had to come to Canberra for meeting her doctor just the following day and therefore will stay at a hotel from this evening. 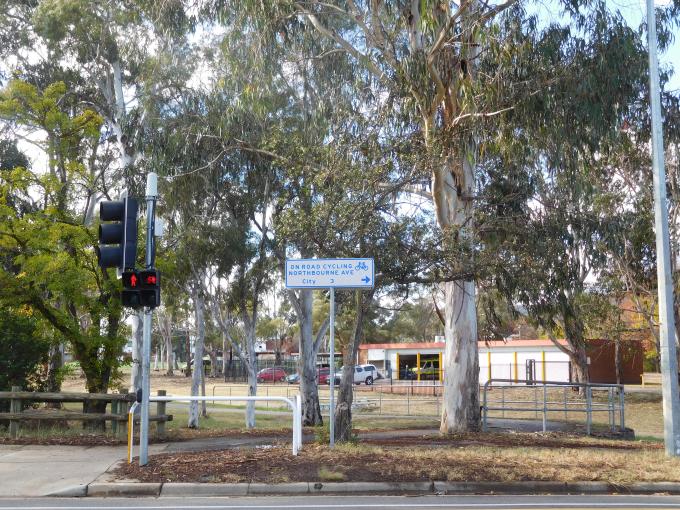 Walking in the Wrong Direction ;-), But There is Always Something to See

I planned to walk to the Old Parliament, because there was an exhibition about caricature. I have been told, that it was to far too walk and I should take the bus, but it was not further than five km away. Unfortunately I walked in the wrong direction even I had asked Google maps for the direction. When I thought there should be a sign for the area, but there was not, I asked a pedestrian if he knows, how far it still is to the Old Parliament and he told me, that I am walking in the wrong direction. Though I was going back all the approximately 3 km I already had done and added the right 5 km. Actually my feet felt a little tired, because all the way was on asphalt, when I finally reached the building. I appreciated the exhibition anyway. I was walking around in the park, too, before I was walking back to the hostel.

I took a shower before I went to the Plaza Hotel for a meeting with Rowena. I thought it would be easy to find the hotel, because they usually have her logo on the top of the building. Rowena also had informed me, that there is a casino in the same building. When I had walked around in the city without finding the hotel I eventually found the “City walk” and a map. The hotel was so close to my hostel, I should have been there in almost 10 minutes, but I needed an hour to find it. When I saw the house, I found that the logo for the hotel was in the middle high of the building and not to see from anywhere else, but directly in front of it.

One Has to be Close, to See that this Building is a Hotel and Casino

The meeting with Rowena was not what I expected. Rowena is a priest, but her appearance was not like I was used from priests. She looked like a housewife or cook, but she was really nice. She told me about her work in the remote villages, where the citizens need nearly a whole day for the way to the church and the children do not know words like “elevator”, because they never have seen one before. She also told me, that it is usual with snow on the mountains of the state of Victoria, where Swifts Creek is situated.

Art Walk in the Dark

On my way home I gave a homeless a gold coin as an exception. That night I slept very well. I did not awake for visiting the toilet. Maybe it also depended on, that I had an own room, even it was a shared room for four people, but there were not so many guests. Anyway the hostel staff had put a sign on a lower bed, that this bed is occupied for me (because of special circumstances). I never before have had such a good service!

Exhibition in the Old Parliament House “Behind the Lines”

For more photos of Canberra and the exhibition click here!

I tried another bus company from Canberra to Sydney. The Greyhound buses only operate on this route once a day, meanwhile Murray’s serve this route once an hour. My new host in Warialda has had contact with me and told me, that I should be in Muswellbrook as early as possible, because it still is a four hours drive from there and he will not drive in the dark for the kangaroos, which can damage the car. Therefore I decided to stay in Sydney over night. I took the bus at 9am even I would have liked to take the one an hour later, but that was already fully occupied. The bus trip was good without any problems. The bus was comfy, the driver friendly with a little sense of humor and we arrived in time in Sydney. I had a front seat again and was very happy about it.